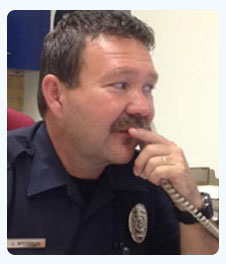 He was attached to the Task Force full time or part time as needed his entire career. 11 of those years were spent as an Investigator for the 5th Judicial District Attorney’s Office — for 7 of which, he was the Chief Investigator.

James spent the last 5 years of his career until retirement as Commander of the Pecos Valley Drug Task Force within NM HIDTA Region VI, a part of the Southwest Border Initiative.

James grasped early on in his career the importance of and need for intelligence, data and technology, all of which were driving forces behind the successful prosecution of long-term, complex investigations involving organized criminal operations.